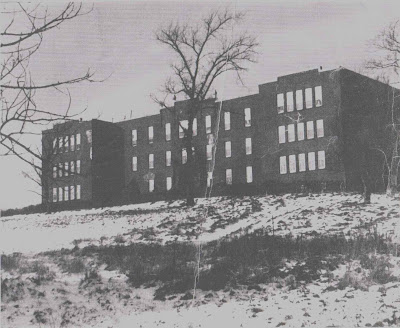 
We tend to think of lightly populated wilderness areas as somehow outside the the realm of human history, associating things like revolutions, constitutional conventions, wars, and the like with populated areas.


Yet, human history is just as pressing on the people who inhabit lightly-populated areas.  As I graze the Internet for information about the Great Slave Lake and environs I keep coming across references to the so-called residential schools.  One description of the schools and their impact is as follows:


Residential schools also known as industrial or boarding schools refer to a variety of institutions which have existed in Canada. The schools were established to assimilate Aboriginal children into white society. Aboriginal children were discouraged from speaking their own language and practicing their native traditions or else suffer punishment. Beyond the emotional abuse of being taken from their families, many children experienced physical and/or sexual abuse. Estimates show that 24 to 42 per cent of children in some schools died of tuberculosis infection. By learning English and adopting Christianity and Canadian customs, the government hoped that the children would pass their adopted lifestyle on to the next generation and native traditions would be abolished in a few generations. The schools were federally run under the Department of Indian Affairs. Agents were employed by the government to ensure all native children attended. Approximately 150,000 Aboriginal, Inuit and Métis children were removed from their communities and forced to attend the schools.
Approximately 75,000 former residential school students are alive today. During 1800 to 1990 there were approximately 130 schools in existence at one time or another throughout Canada. At the peak of the residential school system, there were approximately 80 residential schools. These schools were located in every province and territory, except New Brunswick and Prince Edward Island. The last federally run institution, Gordon residential school in Saskatchewan, did not close until 1996. The residential school system introduced features to Aboriginal communities which have been passed on from generation to generation – the intergenerational legacy of the residential school system. Intergenerational Impacts refer to the effects of physical and sexual abuse that were passed on to the children, grandchildren and great-grandchildren of Aboriginal people who attended the residential school system (Where are the Children, 2006). The consequences of the school system and forced assimilation are very much a part of Aboriginal communities today.
A film, Muffins for Granny, explores this history, which has prompted much reflection in recent years.  This year the Truth and Reconciliation Commission of Canada is taking testimony from former "students" at the schools and others who were affected by the Canadian government's assimilation policy.  The Commission's work deserves a post of its own. 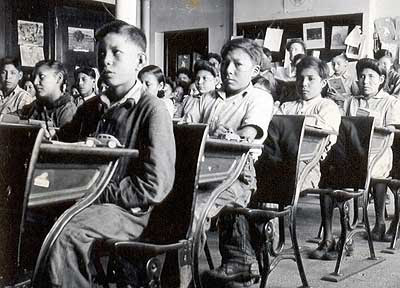 Recently, there was news of civil lawsuit settlements arising out of the sexual abuse of a shocking number of children in Nunavut and the Northwest Territories by a former teacher.
History lies heavy on these lands as well.  I have more to learn on this topic.
Posted by Tom Bamonte at 5:22 PM 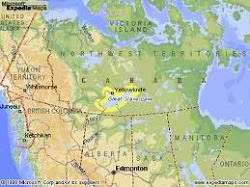